How to Tell the Difference Between a Honeybee and a Bumblebee (Size, Stinger, and More)

With all the talk about declining bee populations, we celebrate when we see a bee. But bumblebee vs honeybee – how do you know which is which, and does it matter?

When you have a bee-sitor in your garden or backyard, it’s crucial to know that you aren’t buzzing the wrong bees off because one bee species is better at pollinating native plants than the other.

Keep reading to learn how to distinguish between a honey bee and a bumble bee and which one is the better pollinator.

Difference Between A Bumblebee And Honeybee

Cases of mistaken identity are common with these Apidae family members. At first look, they somewhat look like identical sisters. But if you take a closer inspection, there are several key differences between a bumblebee and honeybee that you can easily spot – even if you’re not an expert.  Here’s a quick chart of how bumblebee and honeybee compare.

You can quickly tell the difference between a honeybee and a bumble bee by taking a closer look at their size, stripes, and heads.

Let’s talk about the size difference between honeybee and bumblebee. A bumble bee is about an inch long, while a honey bee is only half that size (1).

Although both bees have stripes, a bumble bee has distinct and hairy yellow and black stripes. It is also somewhat fuzzy – like a child’s drawing. Honey bees, on the other hand, only have hairy stripes on their abdomens (2).

Another way to tell the difference between a bumblebee vs a honeybee is the head. Honey bees have heart-shaped heads, while bumble bees’ heads are rounder. If you’re able to get closer, you’ll notice that a bumble bee tongue is longer, which relates to their pollination style.

And speaking of pollination, both bees have pollen baskets on their legs called corbicula (3).

However, honey bees rely more on these pollen baskets.

When comparing a honeybee stinger vs bumblebee stinger, a honeybee’s sting is barbed while bumblebees are smooth. Both bees can sting you.

There are more than 16 types of bees out there, and all of them are important pollinators. We give most of the credit to honey bees because, as their name suggests, they provide us delicious honey.

However, the bumble bee species deserve pollination recognition too. These bees have evolved to pollinate native flowers and other plants. An example of this is the bumble bee’s extra long tongue  (4).

“Many of the bumblebees that first arose sport tongues about half the length of their bodies, having evolved special relationships with particular long-tubed flowers.”

When it comes to pollination style, tongue length is just the tip of the honeybee bumblebee difference. A bumble bee can also “buzz pollinate.” Buzz pollination involves the worker bumble bee vibrating her body rapidly until the flower releases an explosion of pollen covering her, sticking to all those yellow and black hairs (5).

On the other hand, honey bees tamely fly from flower to flower, scooping up pollen only with their pollen baskets on their hind legs (3).

A massive difference between honey bees and bumble bees is honey production.

The answer is no. Bumblebee colonies collect nectar, but they don’t need to convert it to honey or store it in large quantities. This behavior is because they have a smaller colony, and only the mated queen bee overwinters (3).

As for honey bees, the entire colony overwinters. They need a more significant surplus of honey in order to survive through the winter (1).

This leads us to…

Both bee species are social insects – meaning they live in groups. But, you’ll be surprised that one has a significantly higher population than another.

A bumblebee colony consists of several hundreds of bees, which probably sounds like a lot. But if you compare it to the tens of thousands of worker bees in one honey beehive, those are newbie numbers.

A honey bee hive can house tens of thousands of worker bees.

These worker honeybees don’t live forever, though. The life of a worker bee is just about six weeks. The queen honey bee, on the other hand, will live several years.

The location of their homes is also a huge difference between a honeybee and bumblebee.

Bumble bee nests in burrows. You’ll find them in old rodent holes around your garden (3). If you want to take care of bumble bees or at least provide them with better housing, you can try building a bumblebee house like this:

On the other hand, honey bees set up their colony in a tree hole or live in an artificial beehive.

And since they are considered livestock, you can keep and raise them in the best beekeeping starter kit. If you’re planning to have several honey bee hives, downloading the best beekeeping apps can minimize difficulties in tracking and monitoring several colonies.

It’s easy to tell honeybee vs bumblebee apart. For honeybees, check for the half-inch size, the heart-shaped head, hairy stripes on the abdomen, and the large pollen basket.

If you suspect that bumblebees are visiting your garden, the one-inch size is a dead giveaway. If your bee-sitor is larger than an inch, you might have carpenter bees. But, if you want to be 100% sure, look for the fuzzy and hairy yellow and black stripes.

Also, watch out for their colony size – bumblebee colonies have a lower population count than honey bees! Despite their differences, these insects are crucial for pollination.

But bumblebees and honey bees are only two species of bees, and there are more than 20,000 different bee species out there. All of them are essential pollinators.

Don’t confuse bumblebee vs honeybee vs yellow jacket. Yellowjackets are wasps, not bees. They do not pollinate flowers, and they are primarily carnivores.

No, bumblebees do not die after they sting. They can sting you multiple times because of their smooth stingers. However, they are not at all aggressive. It is doubtful they will sting you unless you were to step on their hive.

As for honey bees, unfortunately, they will die when they sting you. The honey bee stinger is barbed. Once it enters your flesh, it gets stuck there. As the honey bee tries to fly away, the stinger is ripped from its abdomen. So while a sting may hurt you, it’s always fatal for the bee.

No, a bumble bee sting is not worse than a honey bee sting. However, as we mentioned, a honey bee can only sting you once because of the barbed stinger. A bumblebee can continue to sting repeatedly because its stinger is smooth. That means one bumblebee can potentially cause more pain than a single honey bee.

No, it is not true that bumblebees defy physics. That is just an urban legend. Though for many years, scientists were unable to explain how bumblebees fly. However, now scientists understand the process.

Bumblebees’ wings are very different from birds, bats, and other flying creatures. They have muscles that attach directly to their wings, allowing them to beat their wings faster and move more air even though they have tiny wings. 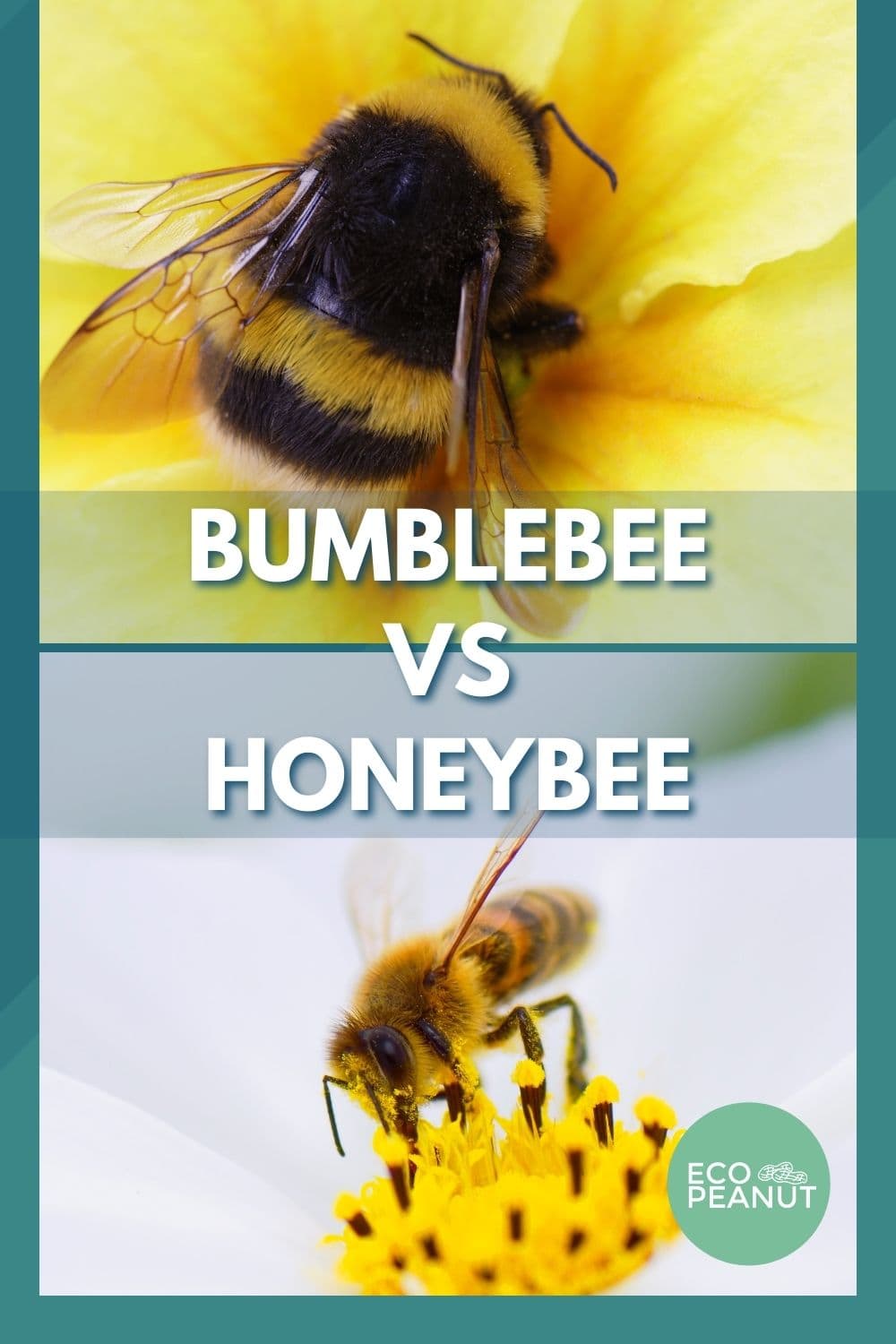