Is It Legal To Raise Chickens In Your City? – The Law And Chickens

There is only 1 dull moment of raising backyard chickens  - and its checking with local rules to see if you’re actually allowed to raise chickens in your town in the first place.

Welcome to chapter 2 in our 7 part series: how to raise chickens in your city.

It may be tempting to skip over this part however spend the next few minutes reading and watch the video below to find out whether you get the green light - it could save you a lot of trouble!

Quick Navigation
Why It's important To Check
Whats the Big Deal Anyway?
A) Researching Online To Check if its legal in your town
Step 1 - Find your local municipal code online
Step 2 - Open the 'Animals' or 'Zoning' section of the code
Step 3 - Search within the 'animals' or 'zoning' sections for any restrictions related to chickens
B) Visiting Your Local City Office
C) Asking Your Landlord or Building Owner
What You Can Do When You're Not Allowed Chickens...
How To Get Local Laws Changed

Why It's Important To Check

It's important to do your due diligence and check if your allowed instead of just going for it. If it turns out that you are NOT allowed to own and raise chickens in your town:

It’s generally only urban and suburban area where chickens are sometimes banned (so if you're in an area that is zoned for agricultural, you will generally be fine without checking).

The reason for the bans is simply a lack of knowledge and slow-to-change local city office policies.

The so called 'problems' revolve  around noisy roosters, and the chance of the chickens attracting vermin such as rats, coyotes and other predators, to the area.

Here are 3 action steps which we will cover to find out whether you can own chickens in your city or not:

A) Researching Online To Check if its legal in your town

If you're lucky, a quick search online will tell you whether you can or can't own chickens in your area.

The whole idea is that you are not looking for approval, you are looking for denial: something that states that specifically BANS chickens in your town.

If you can't find anything, there is a good chance that you are allowed!

​Open up google or any search engine, and type in 'your city' + 'municipal code' into the search area. The first results is usually the one you're looking for 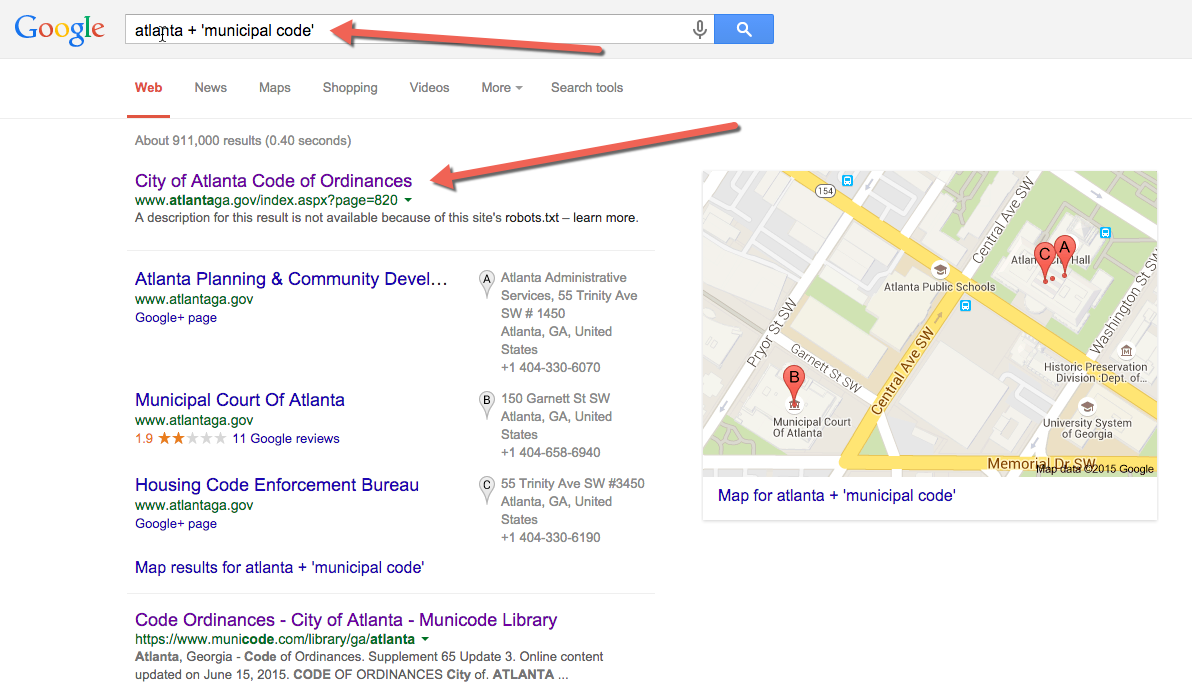 If you're having trouble finding it, you can always call your local city office and ask them for the website directly. Once you have found it, open it up and get ready to search through it.

​Open the 'Animals' or 'Zoning' section of the code

Once you're inside press 'control + f' (or 'command + f' on a mac) to bring up the search bar - then type in either 'animals’ or 'zoning' - these are the sections you want to check in. 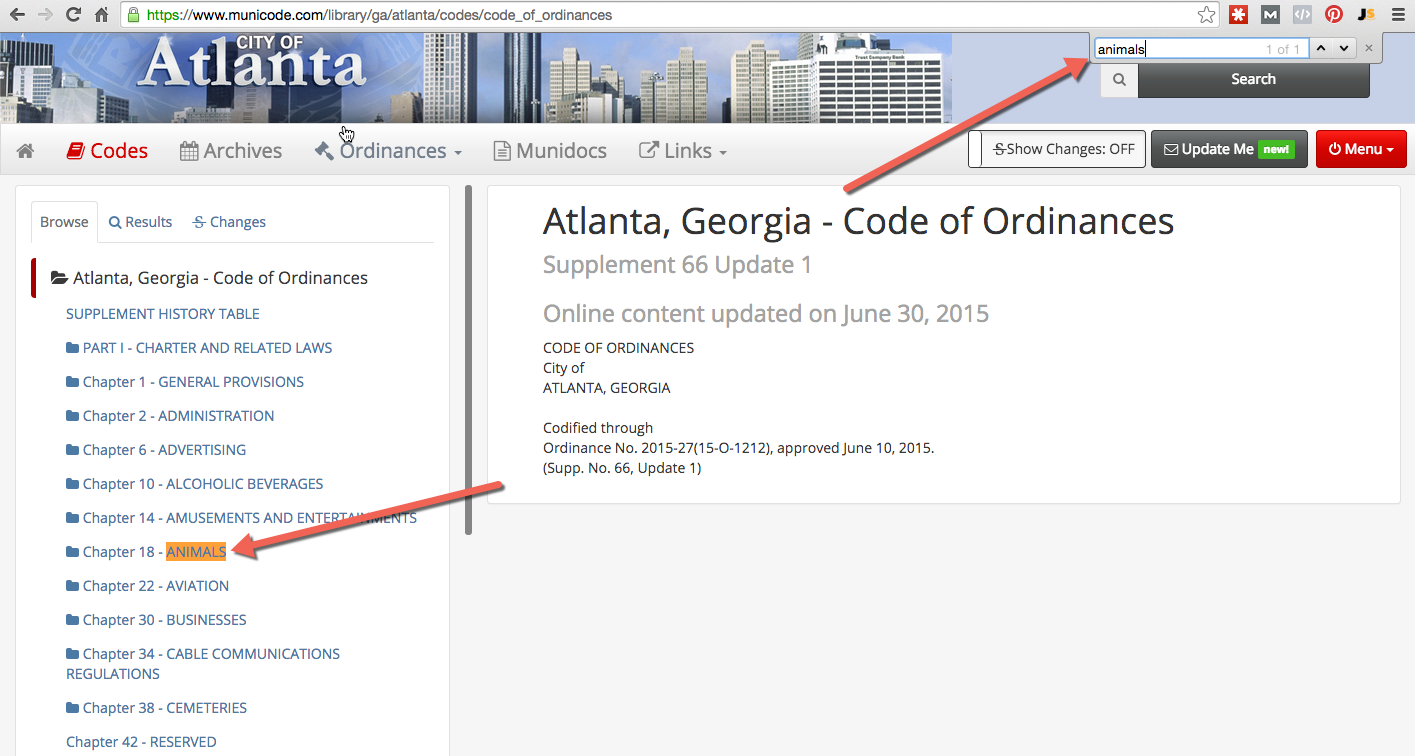 If you're having trouble locating the search bar, make sure to check both the top and bottom corners for it to appear - it will show in different spots depending on the type of internet browser you are on.

Once you're with the 'animals' or 'zoning' sections, perform the search command again (pressing 'control + f' or 'command + f' but this time type in 'poultry', 'chicken' or 'livestock' into the search bar to see if anything appears on the page.

You are looking for anything that says that you CAN NOT raise chickens in your zoning area or municipal.

If you CAN NOT find anything like this, you are good to go, however its always a good idea to call or visit your local municipal office to double check.

Most of the time you will not be able to find anything in your towns code, which means you are good to go!

Here is an example of a town (La Mesa, CA) which does not allow backyard chickens:

​The following video shows in the above steps of how to check local ordinances for chicken restrictions:

This does not mean it’s time to give up – here are some tips for what you can do next if you find your town laws are not conducive to owning chickens.

B) Visiting Your Local City Office

Sometimes it's hard to find the information online, and your next best option is to call, or visit your local city office.

We recommend visiting as you can get a current and up to date copy of the "ordinances" which will come in handy in the future if any disputes arise with neighbours.

Ask someone at the office the following questions:

If you live in a rental property you'll need to ask for the owner's permission and it doesn't hurt to let your immediate neighbors to know of your intentions.

This is especially important if you live in an apartment - your hens cover will be blown by noise and a slight smell so keeping them a secret is usually a very tough endeavor.

​The easiest & quickest way to do this is to to check your rental agreement, which will say whether or not pets are restricted.​ In general, if its mentioned that pets ARE allowed, you'll have a very good chance of having them approved.

The easiest & quickest way to do this is to to check your rental agreement, which will say whether or not pets are restricted.​ In general, if its mentioned that pets ARE allowed, you'll have a very good chance of having them approved

For peace of mind and to be 100% sure that everyone is happy, go ahead and ask your landlord permission, even if the rental agreement states that pets are allowed.

Make sure you're prepared to sell it to them however, just in case they don't like the idea initially. Here's your persuasion ammo:

Make sure that you point out the following:

What You Can Do When You're Not Allowed Chickens...

It can be heartbreaking to find out that you're not allowed chickens in your town but this doesn't mean you should give up.

In fact, more and more cities around the country are slowly coming around to the fact that allowing residents to raise chickens results in far more positive rather than negative effects for society as a whole!

If you’ve discovered that you are banned from owning chickens in your city the thought of going rogue (i.e. doing it anyway and trying to fly under the radar) may cross your mind. We don’t recommend doing this for a few reasons.

First of all, it’s not fun at all - raising chickens (legally) is an awesome experience and doing it under the radar will take the fun out of it and make it lonely.

This could ruin the experience for you and you’ll likely be turned off in the future when local ordinances are changed for the better (which they will be eventually).

You could also end up with a hefty fine and have your birds confiscated (without compensation) on top of this any current chicken legalization campaigns in your town may be affected, meaning you potentially just ‘ruined it for everyone’.

How To Get Local Laws Changed

Many people have been successful in reverse chicken restriction laws in cities around America, which means there is a good chance you can too! Here are some tips you can follow:

Research and find out if local ordinances are specific or not, and if they are not, there is a good chance you'll be able to take advantage of them.

For example, an ordinance that restricts ‘Livestock’ but doesn’t specifically prohibit ‘poultry’ is effectively a loophole to exploit!

Create pro-chicken groups and rally support to build the local voice and influence of the group.

Start a Facebook group similar to this one by the town of Boston, and open a thread in your local ordinances section around the issue of allowing chickens and ask others if they have attempted, or are in the process of attempting to change the local laws.

The more people you can get together the better, as local ordinances often change with community backing.

Search and find any nearby towns that allow chickens and get in contact with their mayor’s office or any other officials.

Once you get in contact, ask them about their policies on allowing chickens and find out how it came to fruition.

Get a copy of the correspondence and use it to draft a similar ordinance that is appropriate to your town.

Make sure to list facts, references and include maps, photographs and any letters of support and community groups that have formed.

5. Get on the agenda

Contact your city council and request for the issue to be placed on the agenda for the next meeting.

It’s a great idea at this point to find out exactly how the meetings work (how they are structured) as there will be a time where public comments are allowed. At these times you may submit items for discussion, and raise strong points for your cause.

Don’t expect it to happen overnight - it will likely take months - however with consistency, community support and a strong pro-chicken argument, the council will see that its people are serious about allowing chickens and you will eventually succeed

A great place to do some initial research and check if people in your town are already taking steps to overthrow anti-chicken laws is in the Backyard Chickens Local chicken laws and ordinances forum.

﻿FREE CHECKLIST: HOW TO CHECK IF OWNING CHICKENS IS LEGAL IN YOUR TOWN﻿ 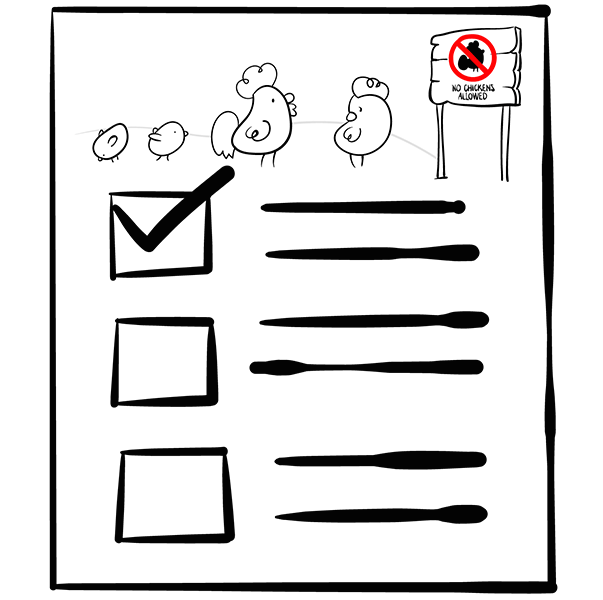 We've put together an easy to follow and printable step-by-step checklist for you to follow in order to determine if chickens are legal in your town.

Don't risk having the loss of having your chickens and coop confiscated: download and complete this simple guide and you'll be 100% sure that you're doing the right thing!

Hopefully you did not have to go as far as fighting to change local ordinances, however if you did: good luck!

By this stage you should be confident that you have the green light to raise chickens, so now lets jump to the fun part with the next chapter: How to buy chicks or chickens!

(If you have already have your chickens you may be interested in checking out some neat Chicken Tractor Plans for some top ideas of how  and where to house them!)

Chapter 1: The Benefits of Raising Chickens

Chapter 3: How To Buy Chicks Or Chickens